Can You Make Use of the Canada Child Benefit?

The Canada Child Benefit was brought in by the Liberal government in 2016. It’s a replacement for the suite of Conservative childcare benefits, which the Liberal government felt benefited wealthier families unduly, due in part to their focus on income splitting, something that single parents and low-income earners can’t benefit from. It’s been a full year since the program was rolled out. Is it something that your family can benefit from?

Who Can Receive Benefits?

The Canada Child Benefit purports to benefit most families in Canada. It’s a tax-free payment of as much as $6,400 per child, paid out monthly over the course of a year. The amount paid out varies based on the total net income of the family, and the age of the child. A family with a net income under $30,000 a year with a single child under six years of age is eligible for the maximum amount of $6,400 annually, or about $535 per month. A family making a combined total of $150,000 per year with a single child over the age of 6 can only expect about $230 per year, or $19 each month. Families including children with disabilities can receive as much as $2,730 per year in additional support through this benefit.

How Do I Apply for Benefits?

If you were previously enrolled under the Conservative’s child benefits, you are already enrolled under the new benefit. All you need to do to maintain your enrolment is to ensure that both parents file their tax return, regardless of whether they’re both earning an income. If you are a single parent, just be sure you file your own tax return each year.

If you haven’t yet applied for the Canada Child Benefit and did not receive benefits under the Conservative government, you will still need to apply. To learn more about how to apply, simply go to the Government of Canada’s website. 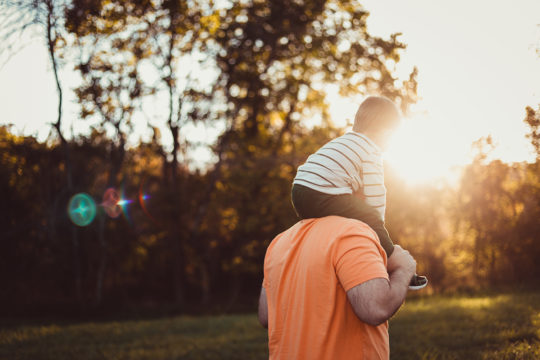 Has the Child Benefit Been Effective?

On a slight tangent, how effective has this new benefit been? It’s a highly-touted plank of the Liberal’s platform. The Child Benefit has certainly reached a lot of the population that it was intended to: roughly 9/10 eligible families in Canada have received the new benefit. The benefit is also tax-free income, which means that despite (in some cases) paying out less money than the previous Conservative plan, it may put families further ahead. Overall, the child benefit has been a moderate success by most measures, with some families losing out while many lower-income families gain significantly.

Contact us to find out if the Canada Child Benefit can help your family.